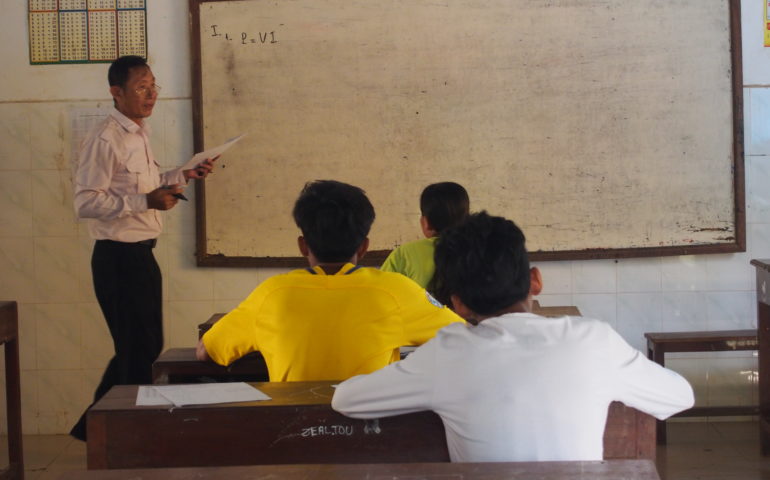 A look back at the creation of the Foyer Lataste Tutoring Center.

Parallel private lessons have been a feature of Cambodian education since at least the early 1990s. Everyone knows they are there, but they are usually ignored in discussions about the quality and management of public education.

Devastated by the war and by the Khmer Rouge regime in the 1970s, Cambodia has been engaged in total reconstruction since 1979. Due to a lack of infrastructure to rely on, everything had to be built, including in the education sector. The government has thus expanded access to education for children of all ages by rapidly increasing the number of schools, but was unable to provide enough qualified teachers.

This shortage of qualified teachers has prompted the Department of Education, Youth and Sports (MoEYS) to maximize class sizes and implement a dual school calendar with classes either in the morning, or either in the afternoon. This strategy, reducing the instruction time during the day, quickly led parents to look for private lessons to compensate for the lack of public schools and to guarantee that their children could follow the entire planned curriculum and succeed not only in exams but also in the future.

Thus, many students take free lessons during the official school day and then pay for private lessons after the school day, often given by the same teacher and in the same classrooms. These additional courses are now necessary to cover the entire program and therefore essential to the academic success of children.

Despite several attempts by the MoEYS to limit these private lessons, this system has grown rapidly. Driven by extremely low salaries, teachers see a great financial interest and take advantage of this system. Several studies have denounced abuses on the part of teachers, such as keeping certain essential chapters only for private lessons or neglecting students who do not participate in private lessons.

This situation maintains and exacerbates inequalities, excluding children who cannot afford these additional costs. It is this practice that prompted the Foyer Lataste to set up free lessons at the Tutoring Center for the poorest children.