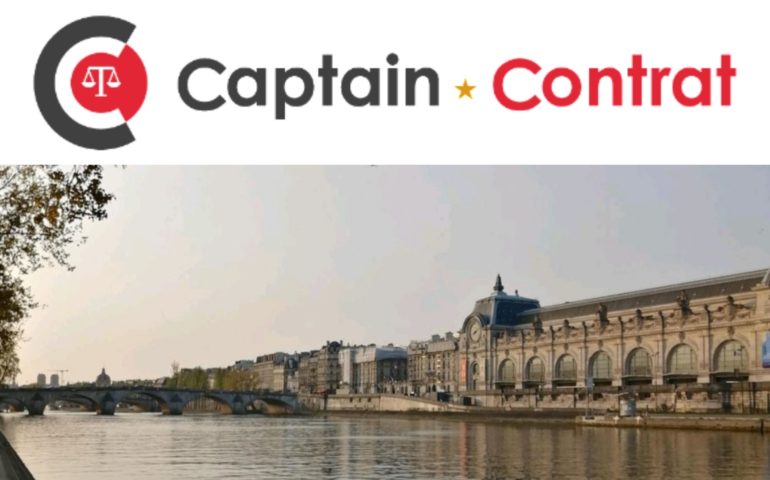 Ready, steady, go ! After several delays due to the Covid-19 health crisis, we were able to launch the solidarity race with Captain Contrat on Friday, June 4. The goal : to run 300km in two weeks.

Captain Contrat, a French start-up, wanted to unite its members around a sportive challenge for the benefit of the children supported by AEC-Foyer Lataste.
With the health situation improving in France, the solidarity race was able to start on Friday, June 4.

Before that, Mélissa visited their office on Thursday, June 3 to present the missions of the association. Then, with Marie and Barbara, members of Captain Contrat, they defined together the course of the challenge. Thus, the next day, the race could be launched.

Each kilometer traveled was transformed into a donation of 1€, so no one hesitated to put on their best sportswear to walk, run or even ride a bike.
A walk along the banks of the Seine, a run on the beach, a bike ride in the forest, no matter where they were, every kilometer counted.

From the first week, “les équipiers” had already taken up the challenge successfully ! The start-up thus donated of €300 for the benefit of the children supported by AEC-Foyer Lataste.

We warmly thank Marie and Barbara who went above and beyond for the organization of this solidarity race.

Many thanks to “les équipiers” of Captain Contrat for their determination.

We would like to repeat this experience with other companies. So, if you or someone you know would like to join us, please do not hesitate to contact us. All together, let’s mobilize for the children of Foyer Lataste!